The Australian Government Department of Home Affairs describes Modern Slavery as situations where offenders use coercion, threats or deception to exploit victims and undermine their freedom.

Practices that constitute modern slavery can include:

Modern slavery is a term used to describe serious exploitation.

It is hard to imagine how this can even exist or how widespread it truly is. However it is in the clothes we wear, the food we eat and the hotels, restaurants and shops we pass everyday. Modern slavery can include many different types of exploitation from sex trafficking within escort services to labour trafficking in restaurants, forced marriage, debt bondage, slavery and slavery-like practices. It is estimated that 40.3 million people live in modern slavery today with women and girls disproportionally accounting for 71% of this.

Refer to this video for detailed signs of modern slavery

Signs to look out for, according to Crimestoppers UK, are: 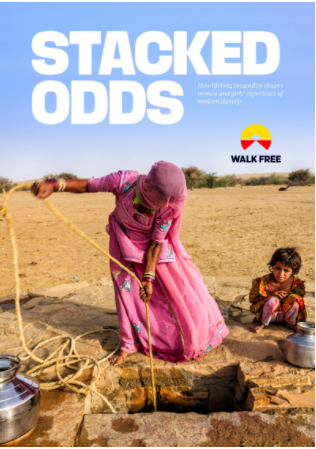 How you can make a difference and help end modern slavery

Learn more about what modern slavery is and why this is still so prevalent. Resources:

Additional resources can be found below:

Use these ethical sourcing tools to make sure no one is harmed in the process of preparing the food you eat, manufacturing the clothes you wear or the technology you use. 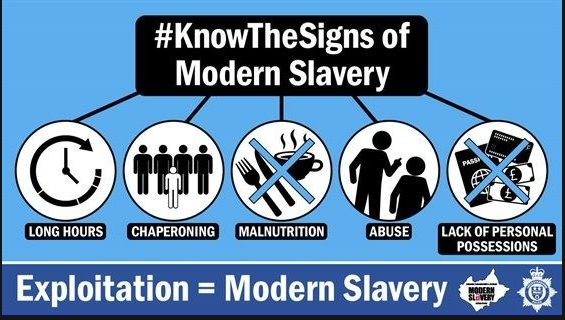 At your school, university, work, place of worship, and local, state and federal Government here are toolkits for how you can become an advocate and champion a change of policies to protect all people.