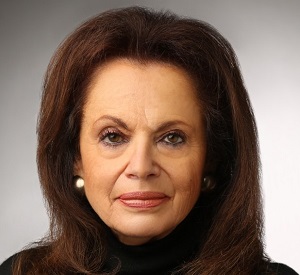 In 2011, Eva stepped down as President and was appointed Patron of Jewish Care.

In her position as President of Jewish Care, Eva was a member of the Board of Governors of Jewish Communal Appeal and served as a Deputy on the NSW Jewish Board of Deputies.

She has also represented Australia on the Executive Council of Australian Jewry, and the Federal Executive of WIZO. Eva’s other extensive communal activities have included United Israel Appeal, General and Women’s Divisions.

For a print version of this Elul Story

For a print version of the Elul Stories Magazine

When I was a little girl, The Joint rescued me from the ashes of Europe. Along with 25,000 other Jews, they brought me to Australia at the age of six. I grew up not knowing my father, who perished in the Holocaust, yet with a loving mother who taught me old school Hungarian values whilst I learned the Aussie way.

Life was not always easy growing up in Strathfield, far away from our roots and history, and I became an adult very quickly…

I joined communal service in the growing Australian Jewish community, to help those less fortunate, to engage and commit, to pay back in abstract for being saved; and importantly to prove to the anti-Semites, who would have seen our race destroyed, that Jews were strong and resilient. We would rebuild and reconnect our people in all nations where the remnants of Jewish communities could be found or built from scratch.

The Joint, which has been around for 106 years, was instrumental in rescuing and rebuilding World Jewry after both world wars, and still does every day to this day. I developed experience and leadership, being involved with many communal organisations including Jewish Care, which was established in Australia by The Joint. I was President of Jewish Care for 15 years. I never dreamed that one day I would lead The Joint Australia, in its return to Australian shores, to assist Jewish communities in Israel and in 70 countries around the Globe.

In Hungary, where the Danube ran red with the blood of Jews, now, The Joint organises Judafest – a celebration of Judaism in an annual street fair of 10,000 people.  The largest Jewish youth camp takes place every year in Hungary, known as “Szarvas” organised by The Joint.

I visited Szarvas, and I saw and heard young children and teenagers singing Jewish songs, celebrating Yiddishkeit, proudly Jewish and proud of Israel. I shed a tear as I saw the antidote to assimilation in action, witnessed new Jewish leaders being created and felt a grim satisfaction as they trained in Krav Maga and learnt resilience and security alongside the Hatikvah and the HaMotzi.

In Israel, where The Joint is the largest NGO in Israel, I see the nation that is a light unto others, being supported by the Jews of the world; at the same time that Israel supports the Diaspora, by being strong and giving us the moniker of “Israelites”, for any Jew that chooses.

Starkly different to “stateless”….. that appeared on so many travel documents organised by The Joint as we came by boat 10,000km from our origins, discarded by our countries of birth. After wearing the Star of David, we know wore the Shame of Stateless – the unwanted.

Australia makes me feel wanted. It has been a tolerant, loving and vibrant home, where Jews now have an outstanding communal tapestry of religion, education, welfare, security, culture and friendship.

Every day, when I arise or retire, I count my blessings that from hiding in cupboards, The Joint found me and gave me a new life. I have a loving family, friends and a strong and welcoming community.

As a woman and a Jew, I can lead this great organisation in Australia and play my small part in easing the burden of my less fortunate brethren.

COVID-19 must be taken with the utmost seriousness. Yet, I know that as a people, we have faced and overcome worse. We will do so again.