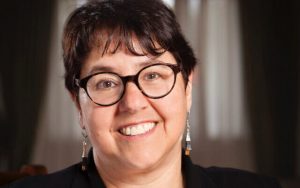 I’d like to acknowledge my immediate past President, Negba Dolev-Weiss and her Vice-Presidents, Di Hirsh & Shirley Glance – all of whom have worked tirelessly for this organisation for many years. Although not remaining on the Board, all three have agreed to provide me with guidance and the institutional continuity required to ensure we move forward together with strength.
I should also acknowledge all the other women who’ve come before me – the known & the unknown. I truly stand on the shoulders of the strong, committed, passionate women who founded and built this organisation and continue to ensure we play a significant role in the lives of Australian Jewish women and in the wider feminist arena.

We live in a world where

These are just some of the issues we need to be aware of.
But not all is doom and gloom.

So the task for us is set. The responsibility of NCJWA is to inform the community about what is happening to women and by women; to advocate for women within and outside the Jewish community and to be a voice against injustice. The National Board will work to empower Jewish women and to help, in particular, to strengthen the smaller communities around Australia where NCJWA has a presence. We have a responsibility to work with the sections and to help them with their endeavours to work for the rights and equality and for justice and the liberation of women.
It is exciting to be beginning my role as President of NCJWA with a new Board of passionate, dedicated women. With a strong history behind us, we have a great future to look forward to. Every one of you has a role to play as we move forward, and I look forward to collaboration and communication so NCJWA can amplify the voice of Australia’s Jewish women.